Here on HowToBe.si believe that the crisis of man and mankind is not in lack of knowledge, information, or foreign goods. It is in the lack of love. We shut our hearts, overhear compassion and drown the emotions. They are not useful in making a profit, so we lock them away. They are not helping us by being an equal part in our society, not helping us to build a successful career. Of course, a success in this plane 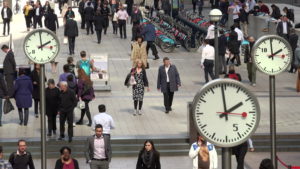 t that we live in does not mean to be happy, loving, compassionate and full of life. It means to be full of money. The mind can be a great servant, but it often turns out to be a bad master. Beliefs are those which generate our decisions and the results are very well shown on daily news programs and newspapers. In countries where human life is, because of a war, violence or hunger, actually endangered, the problem of a western modern man, hides somewhere else. An overabundance of material goods, information and the possibilities to adapt our lives towards satisfaction of our egoistic needs, robs us the experiences, needed for developing our spiritual dimension. While people in less developed countries are struggling for their lives, a modern western man struggling for a life`s substitutes, substitutes for love. Daily we invent new toys to cover the lack of love, a lack of real genuine ties with each other and eventually to cover the lack of our true self.

In the world of the technological and mental boom, it is quite easy to avoid it, covered it with new clothes, new car, beautiful wife, a new better self-image, new belief system and so on. It is very simple to replace the truth with the illusions, true self with the image of yourself, and the lack of spiritual values with the accumulation of material ones. Soon we begin to learn the consequences of such life. The conflict between the mind and a heart is getting louder and louder, until it shows in a physical form, as a disease. Usually, that is the time to sober. The only problem is, we can no longer connect it to its cause, so we concentrate on the result. Our physical senses and devices can only detect the physical form of it. The whole concept of medical and pharmaceutical professions is based on th 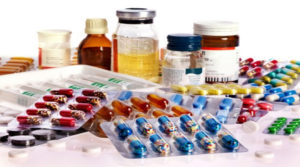 e elimination of physical phenomena, which is, in the whole process of morbidity, just a visible portion of it. Removing the physical phenomena, a product of disease, is like trying to quench a fire by cutting the flames with the scissors. The flame is the visible portion of the fire, a side product. Removing the flames will have no real impact to the fire itself. Our medical treatments, in spite of enormous technological progress and countless pharmaceutical means, cannot win this war, without removing the true cause of the disease. And that is a deviation from our true nature-a lack of love.

You can find out more about which cookies we are using or switch them off in settings.

This website uses cookies so that we can provide you with the best user experience possible. Cookie information is stored in your browser and performs functions such as recognising you when you return to our website and helping our team to understand which sections of the website you find most interesting and useful.

You can adjust all of your cookie settings by navigating the tabs on the left hand side.

Strictly Necessary Cookie should be enabled at all times so that we can save your preferences for cookie settings.

If you disable this cookie, we will not be able to save your preferences. This means that every time you visit this website you will need to enable or disable cookies again.